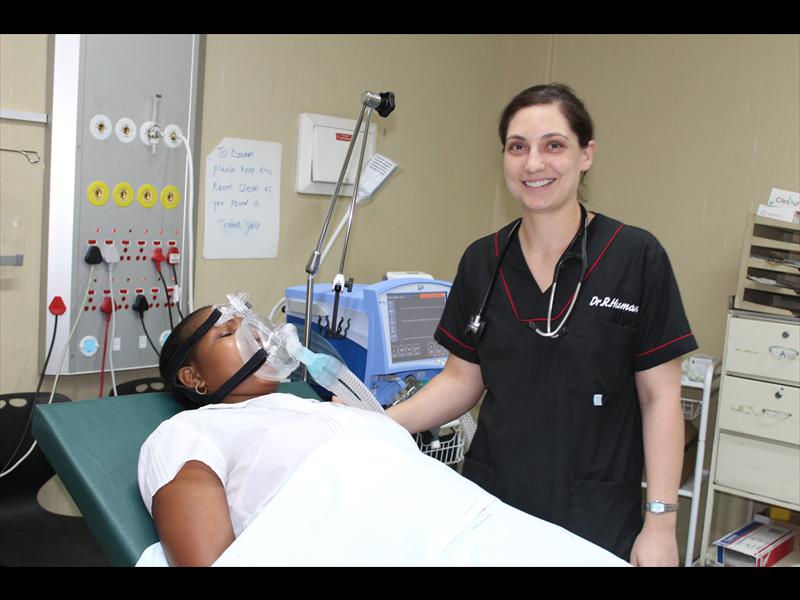 On Wednesday 2 December, the SAME Foundation and Barloworld Equipment handed over two ventilators to the recently renovated resuscitation unit at Kalafong Hospital. The life-saving machines, worth over R800 000, were fully funded through SAME’s partnership with Barloworld Equipment.

The hospital serves an estimated two million people living in Atteridgeville and the surrounding informal settlements.

In 2014, the SAME Foundation facilitated the expansion and upgrade of Kalafong’s Accident & Emergency Unit. The unit had become too small to handle the patient load, which has increased by 34% in the last 10 years.  More than 4000 patients are received by the unit each month, and about 300 of them need to be resuscitated.

SAME converted the unit into a fully-equipped resuscitation area, with eight beds for children and six for adults, and also built a fully outfitted isolation room.  But the unit was short of ventilators, so SAME approached Barloworld Equipment with a request for assistance.

On 2 December 2015, Kalafong Hospital and SAME showed the media around the hospital and the revamped Accident & Emergency Unit, and thanked Barloworld Equipment for the donation.

SAME Foundation Director Dianne Pols explained the effect the donation will have on the local community and the hospital.

“The impact that this donation will have is immense. The shortage of ventilators in the Accident & Emergency Unit has resulted in loss of life where it could have been avoided. Without ventilators you cannot save lives. Losing a breadwinner, single parent or grandparent has a severe impact on the ability of families to sustain themselves economically, sinking them further into poverty. It also increases the number of child-headed households in South Africa. It is therefore imperative to have lifesaving equipment in our state hospitals and, thanks to Barloworld Equipment’s generous donation, the hospital will save many more lives.”

Lesibana Ledwaba, Barloworld Equipment’s executive director for Strategy, Risk and Operational Transformation, said that as a leading corporate citizen, Barloworld Equipment is committed to social, environmental and economic stability. “These driving principles are reflected in our social responsibility programmes, with a strong emphasis on education and healthcare. In these respects, the recent donation of two ventilators to Kalafong Hospital serves as a prime example of how we proactively engage with our stakeholders, whether they’re customers, shareholders or the community at large.

“When SAME Foundation approached us with this proposal, we fully appreciated the urgent need at a time when Kalafong’s Accident & Emergency Unit was undergoing expansion to meet rising patient volumes. In emergency medicine, doctors only have a short window in which to resuscitate a patient, and without the right equipment this is impossible. We hope that these additional ventilators will make a key difference in saving lives.”