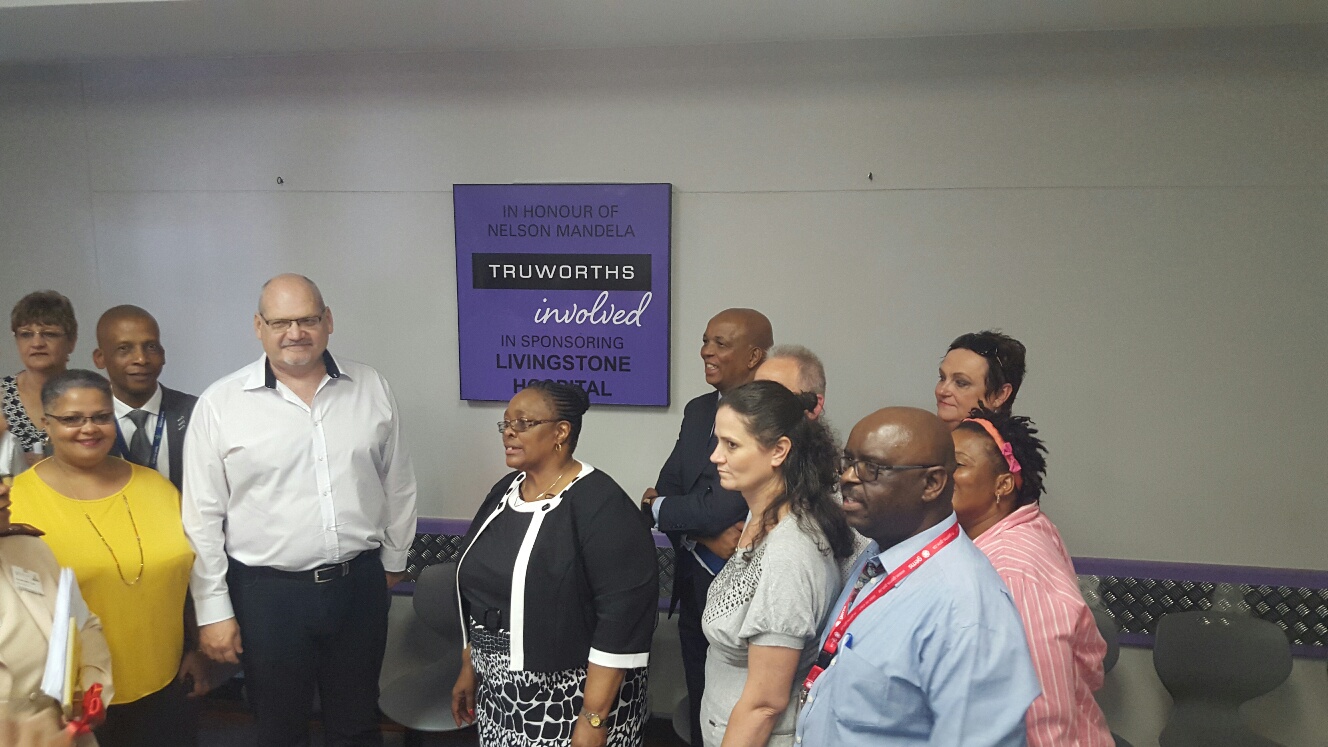 The SAME Foundation and Truworths, with the Eastern Cape MEC of Health Ms. Pumza Dyantyi, officially opened the new Out Patient Department at Livingstone Tertiary Hospital in Port Elizabeth on Wednesday 25 November 2015.

The upgrade includes over two hundred new comfortable seats in the reception and Out Patient Department waiting area, as well as new admin furniture and equipment to allow staff to do their jobs efficiently. The project also includes two new medical procedure rooms with a separate waiting area, which are fully equipped with medical furniture.

The Out Patients Department, opened in 1986 sees on average 180 000 patients annually, and delivers specialist services to the public including spinal, diabetic and respiratory medical care. Public Health Facilities serve over 85% of the population, therefore they are under severe pressure. There is an abundant need for strategic social investment in these areas.

Livingstone Tertiary Hospital is the sixth social investment project  by the SAME Foundation and Truworths, totalling over R11 million worth of investment to critical needs areas. The national campaign started in 2010 to focus specifically on patient comfort and the restructuring of aged hospitals, allowing them to treat patients quickly and effectively. Past projects include Somerset Hospital in Cape Town, Leratong Hospital in Chamdor, Itereleng Clinic in Dobsonville, and Kalafong Hospital in Atteridgeville, and Mitchells Plain Hospital in False Bay .

The SAME Foundation is a donor-funded national NGO which focuses on high-impact social investment projects in health and education.