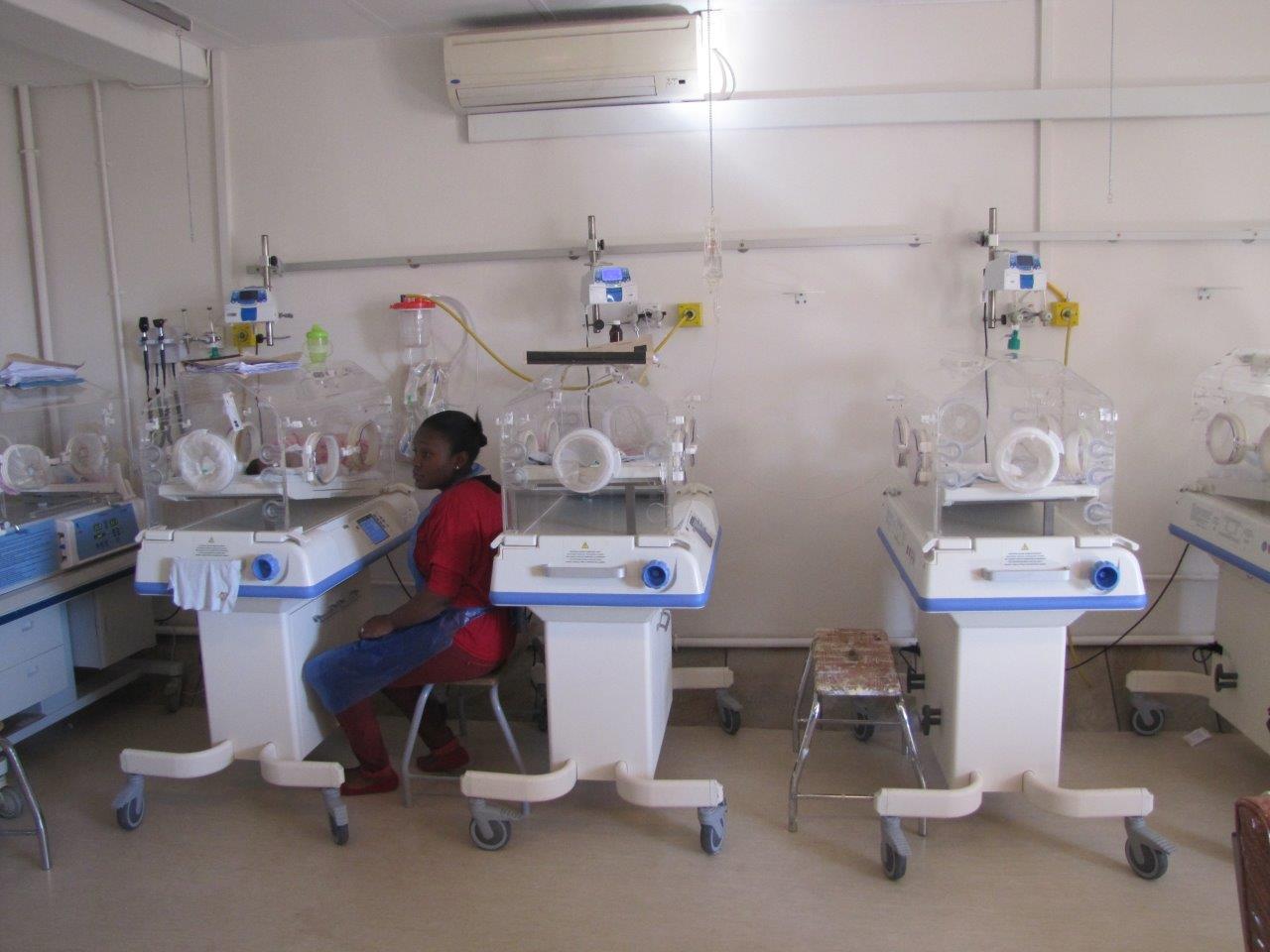 Leratong Hospital is a regional hospital based on the Western Rand of Gauteng. The hospital serves previously disadvantaged citizens and has a bed capacity of 800 but because of a lack of equipment not all beds are being utilised. From April 2011 to March 2012, Leratong Hospital’s maternity unit saw 8174 births. Of these babies born, 1552 landed up in the neonatal unit either due to premature birth or they were born with life threatening illnesses.

Due to the large number of babies landing up in the neonatal unit, we decided to investigate the cause of the problem. On entering Leratong maternity unit the disrepair, lack of infrastructure and equipment was immediately apparent. We realized that many of the babies landing up in the neonatal unit, deaths and disabilities could have been prevented had the Maternity unit had the bed capacity and the equipment to diagnose babies in distress.

To stem the problem in both the maternity and neonatal units, the maternity unit needed a major revamp. The SAME Foundation renovated and equipping the unit. We expanded the unit from a 19 bed unit to a 36 bed unit, and doubled the labour unit to six beds. We needed a properly equipped resuscitation unit for both mother and baby, as well as the installation of sufficient diagnostic and monitoring equipment for all mothers entering the unit.

Completed – The project was officially handed over on the 13 December 2013. Renovations and equipment totalled R4.9 Million.