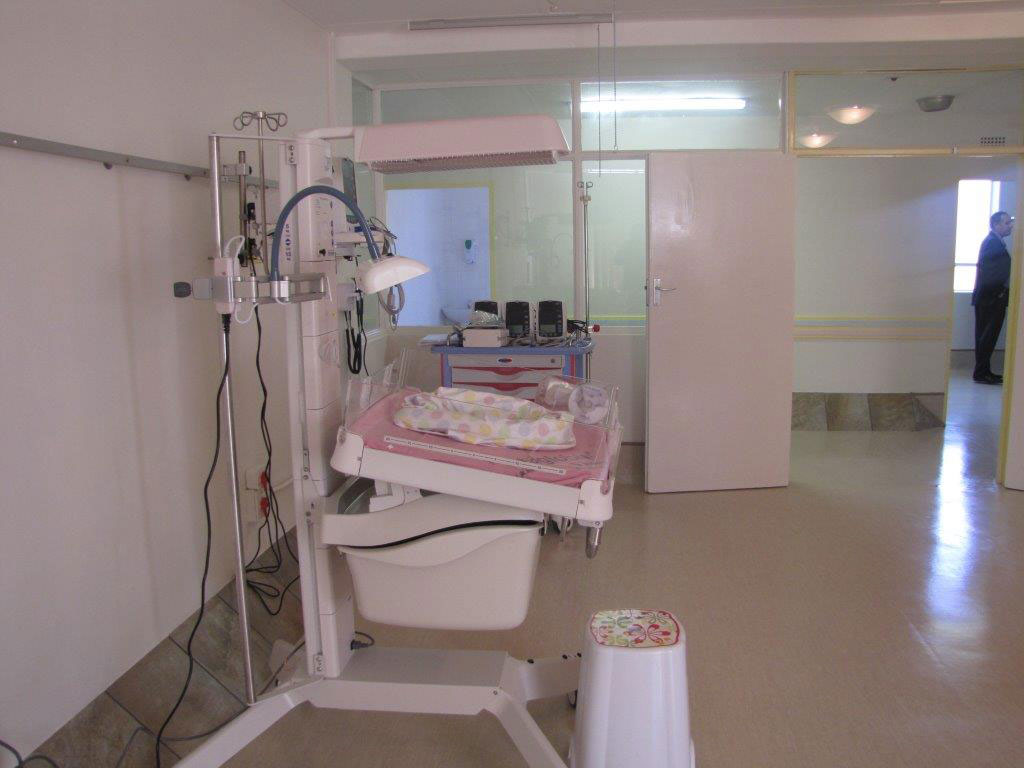 On the 24th May 2013 we handed over the newly renovated and equipped Neonatal unit at Leratong Hospital. The Labour ward has over 8200 births annually of which 1552 babies landed up in Neonatal either because they were premature or born with life threatening illnesses. 9% of these babies died. While we have the staff at the hospital, a lack of infrastructure and medical equipment was hindering the treatment these babies were getting. The Neonatal unit is now a fully renovated and equipped unit with top modern technology.