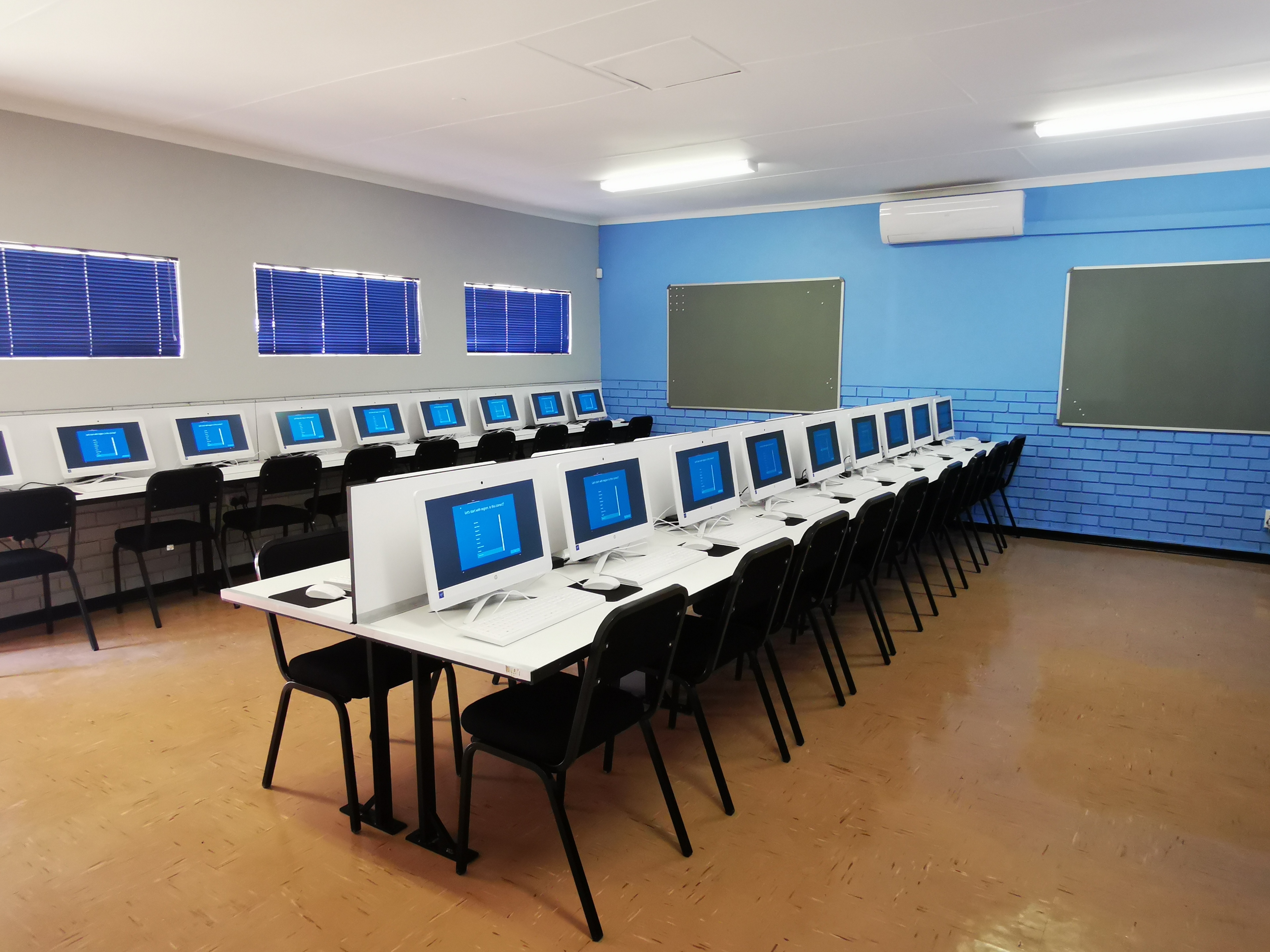 With the Fourth Industrial Revolution on its way, preparing South Africa’s children is a necessity. With our mission ‘to create an environment where quality education and healthcare is available to everyone’, this means that children from poor or disadvantaged communities shouldn’t be excluded from STEM (Science, Technology, Engineering, Math) literacy based on their social standing.

The Phembindlela Primary School is a quantile-two ranked school, meaning that it is a no-fee school and does not charge students to attend. This school is also home to learners who have disabilities and special needs. The young learners of this primary school saw computers and CAT subjects as a foreign concept as they did not have access to a computer laboratory.

“We are living in a time of accelerated technological change and progress, labelled as the fourth industrial evolution. This technological disruption is a major cause of structural unemployment and a factor when dissecting or analysing the current underperforming South African economy. The onset of the fourth industrial revolution requires a different skill set to drive the economy and compete effectively, hence the focus on STEM subjects and careers. With this considered, still only four out of ten (40.9%) public schools possess a fully equipped computer laboratory in South Africa.” Tyrone Pols, Project Manager at SAME.

Our Foundation partnered with General Electric South Africa and Eskom to complete a brand new, completely renovated, and fully equipped computer centre for the primary school. With over a half a million Rand invested in this project, we filled this classroom with top-of-the-line equipment to allow the Phembindlela Primary teachers to better teach, and the learners to better understand computer concepts. The new computer centre was fully equipped with an interactive board, projector, and computers to meet the Education Department specifications.

The computer centre will empower the young students of Phembindlela in their computer exposure, and therefore expand their computer skills and literacy. By giving these learners an opportunity to use technology at a young age, they will be better prepared for CAT subjects in secondary school. We hope many of the learners will realise their aspirations and have this be the launching point into STEM-related careers.

“The school is ecstatic to be receiving such a generous and much needed gift. We are so happy for all the work General Electric, Eskom and SAME Foundation have done and we can now start producing learners who are computer literate and able to contribute towards the Fourth Industrial Revolution.” Thuli Mavuso, Deputy Principal of Phembindlela Primary School.