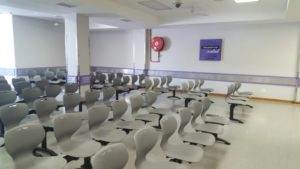 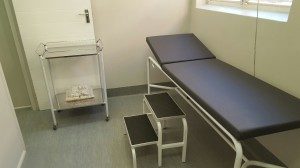 Livingstone Hospital, in the Eastern Cape, had a vast need when we assessed the project in 2015. The Out Patients Department, opened in 1986 sees on average 180 000 patients annually, and delivers specialist services to the public including spinal, diabetic and respiratory medical care.

The SAME Foundation upgraded the Outpatients Department at Livingstone, including over two hundred new comfortable seats in the reception and waiting area, and new admin furniture and equipment. This allowed the staff to do their jobs efficiently. We also created two fully equipped medical procedure rooms with a waiting area. The total project cost was 1.5 million rand.

The SAME Foundation and Truworths, with the Eastern Cape MEC of Health Ms. Pumza Dyantyi, officially opened the new Out Patient Department at Livingstone Tertiary Hospital in Port Elizabeth on Wednesday 25 November 2015.

We do have other project prospects for the Eastern Cape. Please contact us if you are interested in partnering with us for a project in this area.