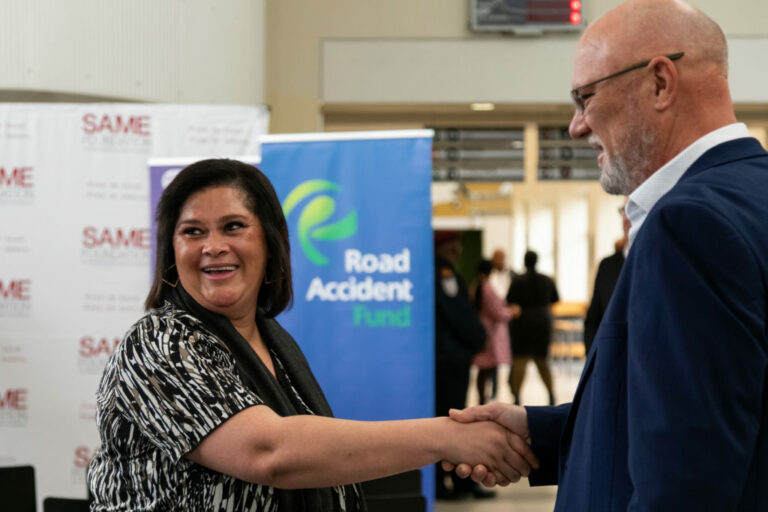 Our Foundation celebrated the handover of over R2.3 Million worth of equipment donated to the Khayelitsha District Hospital with our corporate donors. Since 2018, our Foundation has been raising money for two projects at the hospital. The Emergency Center and the Mental Health Ward were the first wards to receive donations in the five-year healthcare partnership between SAME Foundation and the Khayelitsha District Hospital. 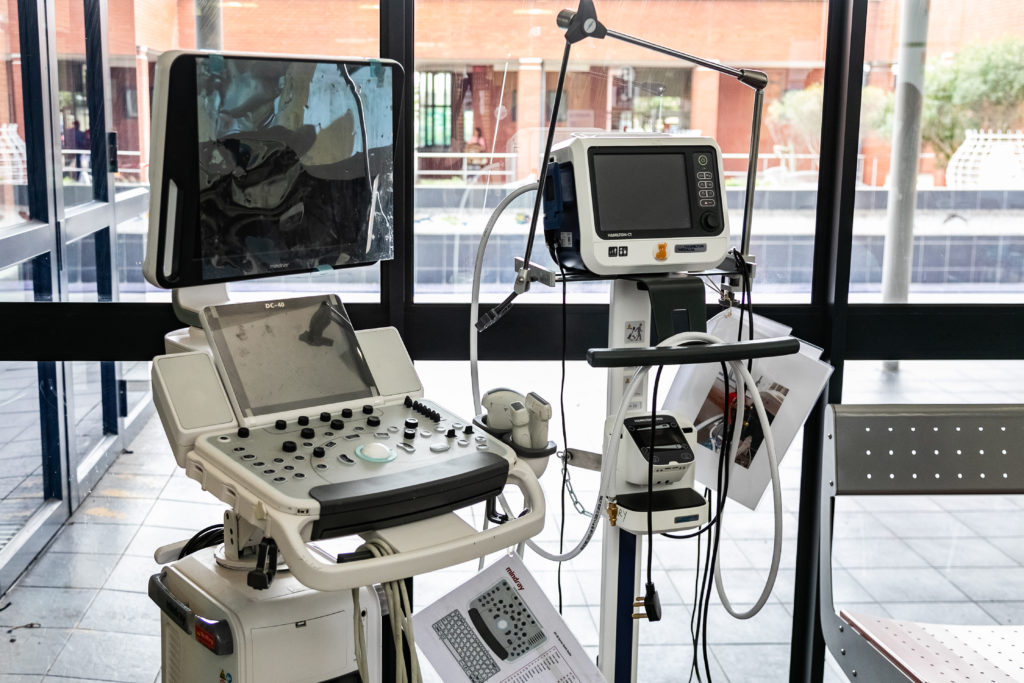 The Khayelitsha Hospital made it to the news on several occasions in 2018, unfortunately not for positive press. With an overcapacity and under-resourced Emergency Ward, the hospital’s patients sometimes ended up waiting for treatment on the floor. This problem was not only present in the Emergency Ward, but it also occurred in the Mental Health ward. It was in this crisis that our Foundation was approached to assist Khayelitsha Hospital with resources to meet the need of both overcapacity and under-resourcing.

At the recent handover of the Emergency Ward project, Minister Nomafrench explained the condition this way, “We have many challenges, and the community have been complaining, specifically around the emergency care unit where patients waited longer, and also in the mental health ward, where patients end up with no beds forcing them to sleep on the floor”.

Trevor Pols, SAME Foundation’s Chief Executive Officer, echoed the MEC about the Emergency Ward, with “the catchment area being so densely populated meant an extremely high flow of patients through their doors on a daily basis. This burden on the hospital has caused problems such as insufficient medical equipment and wards running at over-capacity”.

Originally, Khayelitsha Hospital was built for a catchment between 500,000 to one million people, but Khayelitsha is one of the largest and poorest informal settlements in South Africa. The realistic population size of Khayelitsha is closer to 2.4 million people. The hospital is a 300-bed hospital, open 24/7 with an intense patient over-capacity. The Emergency Center sees over 36,000 patients per year on its own.

Overcapacity causes the hospitals’ equipment to be overused. Some of the life-saving equipment needed to be replaced because of their age and overuse. The doctors also requested new equipment for simpler and swifter treatment.

The SAME Foundation launched a five-year partnership with the Khayelitsha Hospital starting with the first project at the Emergency Center in early 2018. Our Foundation, with the support of our donors, raised over R1 Million towards a new x-ray machine, ventilator, diagnostic set, HB tester, and stretcher beds. We officially handed over the Emergency Center project at the official handover event in September of 2019.

By receiving new and replaced life-saving equipment, the Khayelitsha Hospital Emergency Ward staff can provide increased responsive care, with better quality, to the high density of patients. A piece of equipment changes what doctors and nurses can do for patients. With a ventilator, for example, healthcare providers can sustain a patient without having to conduct CPR over a long period. Instead of losing the quality of care and the manpower, a piece of equipment frees them to help others. Realities like these help us understand the significance which a piece of equipment brings. 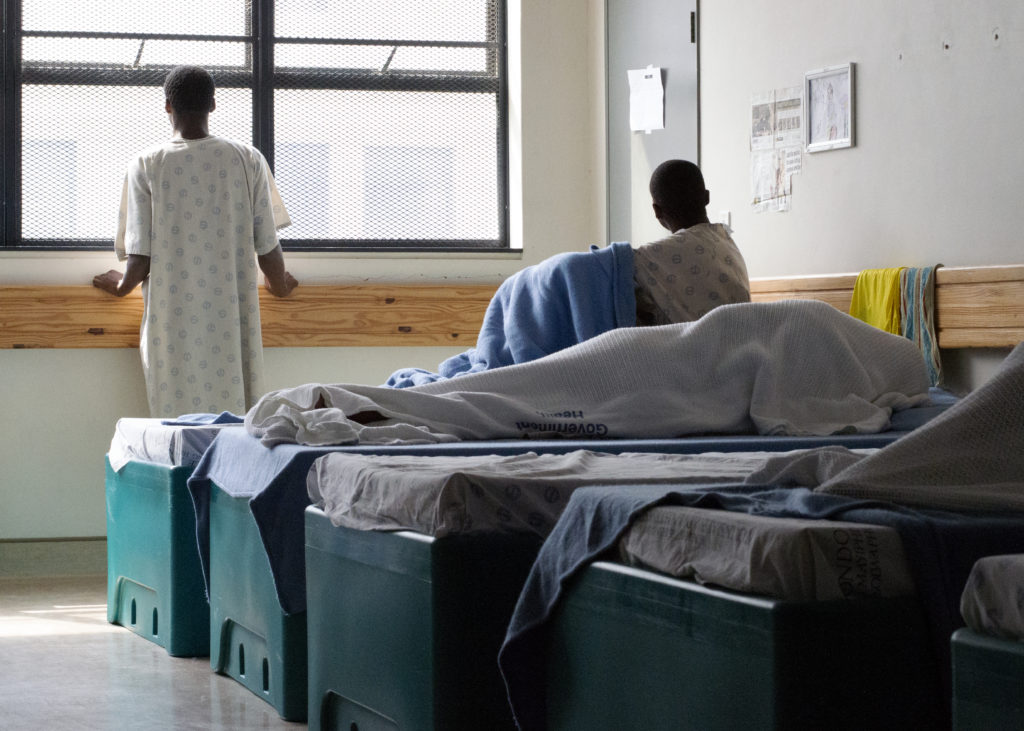 The Mental Health Unit admits between sixty to one hundred patients per month. The city built the hospital without a specific location to treat mental illness. With an urgent need for mental illness treatment, a theatre unit was converted into mental health wards. From its conception, in-patients continued to increase. The ward struggled to provide beds for the growing number of mental health patients, to the dismay of their family members. Without enough beds, some patients slept on the floor once they were admitted.

An even greater concern, though, became the safety of the patients and staff. The few beds in the wards could be converted to inflict harm. The hospital staff struggled to resuscitate patients who were lying on the floor. While patients sleeping on the floor grew concern for their dignity, their safety was notably troubling.

Our Foundation recognised the crisis in the Mental Health Unit and acted with the Department of Health and Khayelitsha District Hospital to provide 65 new specialized beds. With the help of our loyal donors, we raised over R1.2 Million for these beds. Equipped with specialized elements, the beds protect mental health patients and their caregivers. They have rounded edges, sand-filled interiors, flame retardant and waterproof mattresses, and an easy to clean design.

In September of 2019, our Foundation hosted an official handover ceremony to celebrate the hard work and generosity that is now impacting the Khayelitsha Hospital. Along with our corporate donors, we celebrated with the Department of Health and the MEC, Minister Nomafrench Mbombo, and hospital guests. The ceremony included speeches from the head of Psychiatry, head of the Emergency Unit, Chairman of the Khayelitsha Hospital Board, Acting CEO of the Khayelitsha Hospital, Representatives from both Islamic Relief South Africa and Road Accident Fund, Minister Mbombo and our SAME Foundation CEO. We thank all of our stakeholders in attendance and those who could not make the occasion. As an accumulation of our work so far, the event signified the achievements of the past year and a half and marked a celebratory moment as we embark on the next project phases in our five-year partnership with the hospital.