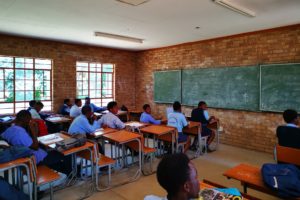 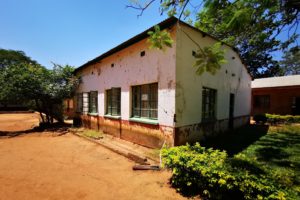 Our flagship project for Gauteng has a rural focus for 2019. We have identified an abandoned school, which we are currently turning into an Academy of Excellence. Along with the Masia Development Agency, and supported by the Department of Education, Department of Science and Technology and backed by local institutions, we are renovating and equipping the Ramauba Secondary School, which will serve as a science and maths academy to support 16 primary and high schools in the region. This will indeed be a life-changing project to the rural community of Masia, affecting over 2,000 learners from 13 communities.

We are wanting to establish four equipped and furnished science laboratories, three math classrooms, and an administration office for our first phase of the project. This will allow the program to be launched and run while focusing on the expansion phase. We are currently needing your help to fund this project. 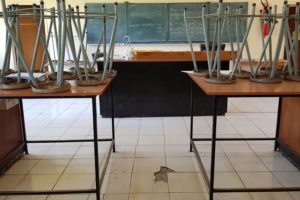 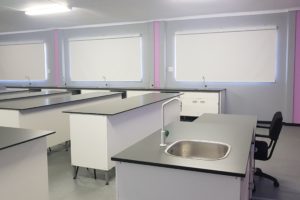 In 2018, this school was in need of infrastructure, resources and support. We had an opportunity, alongside our donors, to create a massive impact on the lives of young women and impact their future by providing access to STEM subjects. The science labs and classrooms were not suitable for a conducive learning environment. Between 2018 and 2019, the SAME Foundation established two new science laboratories, and ten fully equipped math-focused classrooms. E-learning systems, which contains learning software were included in every classroom.

Continuing through 2019, our Foundation is completing other projects at Lofentse Girls in addition to the previous work. SAME Foundation plans to complete more maths classrooms, and a science laboratory. 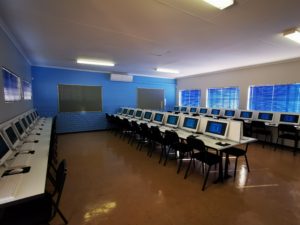 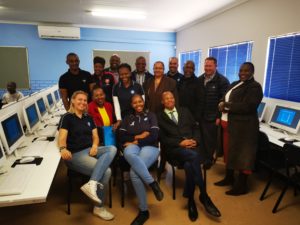 The project at Phembindlela Primary, a school in the Vukuzakhe Township of Mpumalanga, was sponsored by General Electric and Eskom. The primary school needed a new computer centre to assist their learners to start their computer literacy. The school did not have adequate facilities to introduce their young learners to computers beforehand.

Our Foundation worked on this education project throughout the first half of 2019, and officially opened in during Mandela Month in July of 2019. 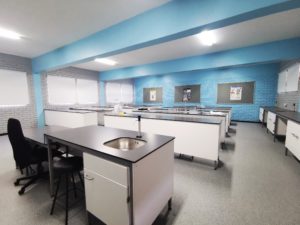 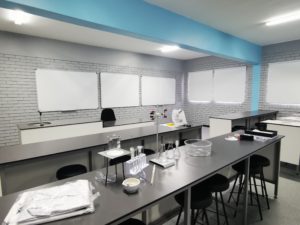 The first in this area, the SAME Foundation completed a project at Chief Ampie Mayisa Secondary School in Mpumlanga. This project was entirely funded by one of our donors, who took it upon themselves to give Chief Ampie Mayisa a brand new science laboratory.

The classroom was completely renovated, custom fit with new desks and seating, and then fully resourced with all the equipment needed for the science classes. 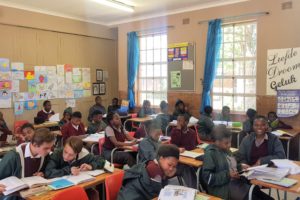 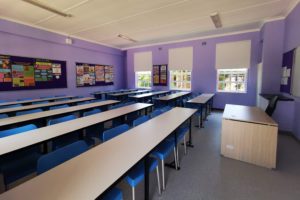 Kameeldrift Primary is a school with incredible culture and discipline, never using the circumstances they find themselves in as an excuse. The school pushes to excel and its 470 learners work hard, but they needed further academic support.

In partnership with SMD, we renovated and equipped two grade 7 classrooms, and a dedicated math classroom. We also provided 190 soccer and rugby kits much to the delight of the learners. We look forward to continuing our partnership with this school.

The Diepsloot Combined School is a no-fee government school that is situated in the heart of Diepsloot, supporting the education needs of an extremely poor community. The school is the educational home of children from grade 1 – 12.

Learners at Diepsloot Combined School will no longer need to imagine science experiments or face overcrowding issues thanks to SC Johnson & Son investing in a fully equipped state-of-the-art science laboratory. Diepsloot Combined School was chosen as the third recipient of SC Johnson & Son’s Science Laboratory Campaign where each year a top-performing disadvantaged school receives a newly-established and fully equipped science laboratory, giving learners and teachers access to the best possible learning resources. The laboratory was unveiled on Friday 20 April 2018 in partnership with SAME Foundation.

Westcon Comstor Sub-Saharan Africa, a subsidiary of the global WestconGroup Inc Africa has also partnered with The SAME Foundation to renovate, rebuild and fully kit a Computer Applied Teaching Lab for the learners of Diepsloot Combined School. The brand new CAT lab was handed over to the school in an official ceremony at Diepsloot on May, 11th, 2018. The new CAT Lab will afford the children the opportunity to write their computer exams, an education requirement from the Department of Education, at their own school and reach their full potential. In the past these exams had to be written at private schools in the area who were willing to accommodate them. 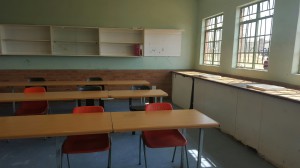 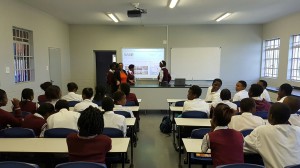 Sgodiphola High School is a quintile 1 (serving the poorest of the poor) ranked school in Cosmo-City, JHB.

In 2016, SAME Foundation partnered with this school with our education model of adopting-a-community. This means that the Sgodiphola High School is a part of our community project in Como-City – initially along with Tirisano-Mmogo Primary.

In 2018, SAME Foundation again partnered with Sgodiphola to complete another STEM project. 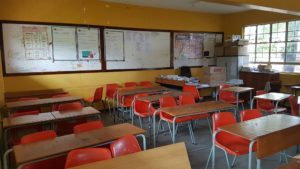 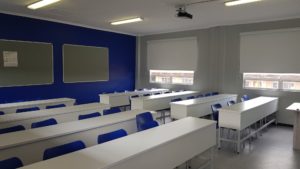 Diepdale Secondary School is situated in Diepkloof, Soweto. It is a Quintile 1 ranked no-fee school, serving an extremely poor community. Finding from our initial research into the school showed that while the overall pass rate is 81%, the pass rate in science was poor at 64%. This means that four in 10 children were failing at science. Upon inspection, we found that the laboratory was non-functional and in a very poor state. This school was in dire need of infrastructure, resources and support. We also learned that their grade 12 Physical Science and Maths pass rates were 29% and 24% respectively, and that 35% of grade 12 learners were progressed. This means that even though they didn’t achieve pass marks, they were pushed through the system. These children were not equipped to study at tertiary level, or cope adequately after school.

In 2017, thanks to donor partners Fluor and the SABC, we completely renovated and equipped a state-of-the-art science laboratory with an e-learning system. In 2018, the Foundation successfully completed two science labs, an innovation centre, nine maths-focused classrooms, a security entrance gate upgrade, and ceiling replacements. 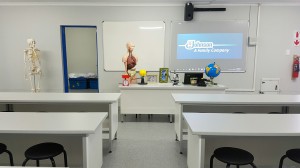 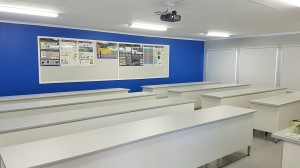 The second beneficiary of the SAME Foundation/SC Johnson Mr. Muscle science laboratory campaign was Cosmo City West Primary. This primary school initially started focused on Grade 1-3, but influx into the community and an ever-increasing demand meant that the school had to be gradually expanded to serve from grade R to 7.

The laboratory has been established to give these children from grades 4-7 access to a room that has all the resources they need to learn maths and natural sciences effectively. This gives them a great platform in Primary School to be able to not only cope, but to do well at high school level. 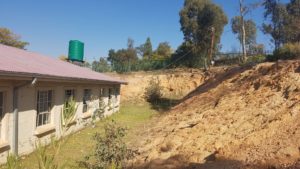 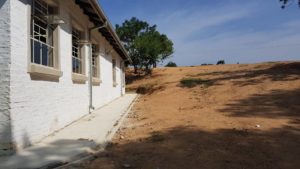 The SAME Foundation assisted with a storm water drainage system at Blair Atholl Primary School in the Lanseria area. 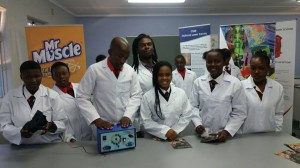 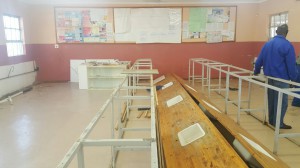 Lethabong Secondary School is situated in the township of Shoshanguve, north Gauteng. The school is exceptionally well kept and managed, but the teachers and learners were suffering due to a lack of science resources and equipment, and it reflected in their marks. Through funding by SC Johnson, the SAME Foundation was able to expand our strategic science programme to Lethabong Secondary. Going forward, SC Johnson Science Laboratories will be opened throughout the region, benefiting thousands of children.

Our objectives of the science programme were to; increase pass rates in science, increase uptake of science subjects, enable the overall pass rate to be a true reflection of the children’s abilities, educate children effectively in science and maths to excel going forward, and to upskill and empower teachers. 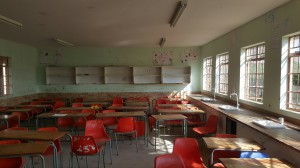 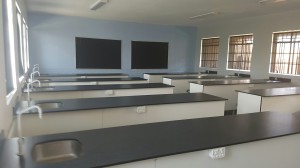 The third school of our Cosmo City Schools upliftment programme (after Tirisano Primary and Sgodiphola Secondary) is Cosmo Secondary. Also a quintile 1 ranked school, this upliftment campaign has a community-focused approach, so that all children in this community can benefit from grade R through to Matric, leaving a long-lasting impact on the Cosmo City community.

SAME Foundation renovated and filled two fully equipped and revitalised science laboratories – one for Physical Science and the other for Life Science. The Foundation also established a computer centre. These state-of-the-art rooms were equipped with interactive whiteboard learning technology, and with curriculum aligned software. Teachers underwent training on these systems and were issued certificates once training was complete. The SAME Foundation commits to continually assist our beneficiaries to ensure their training and support needs are met. 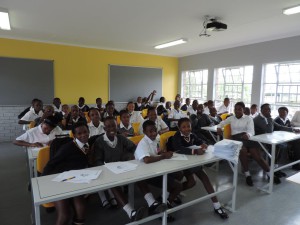 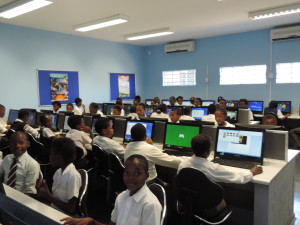 This school is in Cosmo City (JHB) and is a Quintile 1 ranked school, meaning that it is a no-fee school. Quintile 1 schools serve the poorest communities in South Africa where poverty is rife. Because of this, the children are fed daily meals through on-site feeding schemes. This is often the only meal they have. As of 2016, 1061 learners attended Tirisano-Mmogo Primary School, from grades 4-7.

Tirisano – Mmogo Primary School had a major problem with security and therefore was open to frequent vandalism. There was no library, science laboratory, or computer centre, meaning that the children were not being exposed to effective learning as they should. Other problems, including broken windows, exposed wiring, broken infrastructure and a lack of learning equipment, needed renovations.

For the first phase of the project, the Foundation installed a 24 hour security system with armed response, as well as fully renovating, developing and equipping a computer centre with 47 computers, science laboratory, library, a wing of nine grade 7 classrooms and four blocks of learners’ bathrooms. In the first year after the projects’ completion, the grade seven learners pass rate increased by 20%.